The current house sits on what is believed to be the site of the original Henry F. Brown farmhouse. Brown, a Minneapolis lumber baron, established the Browndale Farm in the area. He also owned the Edina Mill for a time and is credited with advocating for the town being named "Edina."

Browndale Avenue is named for the farm and follows an old farm path.

In 1922 Samuel Thorpe purchased the Browndale Farm as a key piece of creating the Country Club District, which is now on the National Register of Historic Places.

The current English Tudor Revival home was constructed during the Great Depression. Its basement served as an early gathering space for the community. St. Stephen’s Episcopal Church was started in the basement and its first pancake breakfast was served there. The church soon moved into its own building at 4439 W. 50th St.

The first owners, the Potter family, had 10 children. Julie and Doug Baker purchased the home in 2015, becoming the sixth owners.

An extensive remodel to expand and modernize the living spaces while preserving the house’s architectural elements began in 2016. Rehkamp Larson Architects and Dovetail Renovation led a team of designers, builders and artisans to carefully update the home.

The main gable and bay windows were kept intact. The two-story addition features the half-timbering that gives the Tudor its classic look. Existing round-arch in-swing casement windows were preserved and restored while additional ones were replicated to add light and character.

The garage doors had been on the front of the home, an exception to Country Club District standards allowed at construction due to the home’s proximity to Minnehaha Creek. With modern techniques available to protect the creek and the property, the garage doors were moved to the side. That enabled the brick and stone of the house’s front side to be replicated across the garage front.

The back of the house faces Minnehaha Creek and did not feature the architectural details of the home’s front. It had some windows but was rather plain compared to the rest of the house. Along with an expansion to the living space along the back of the house, many large windows were added for excellent views of the creek. The half-timbering and details on the front of the house were replicated on the back, wrapping the home in a single signature style. 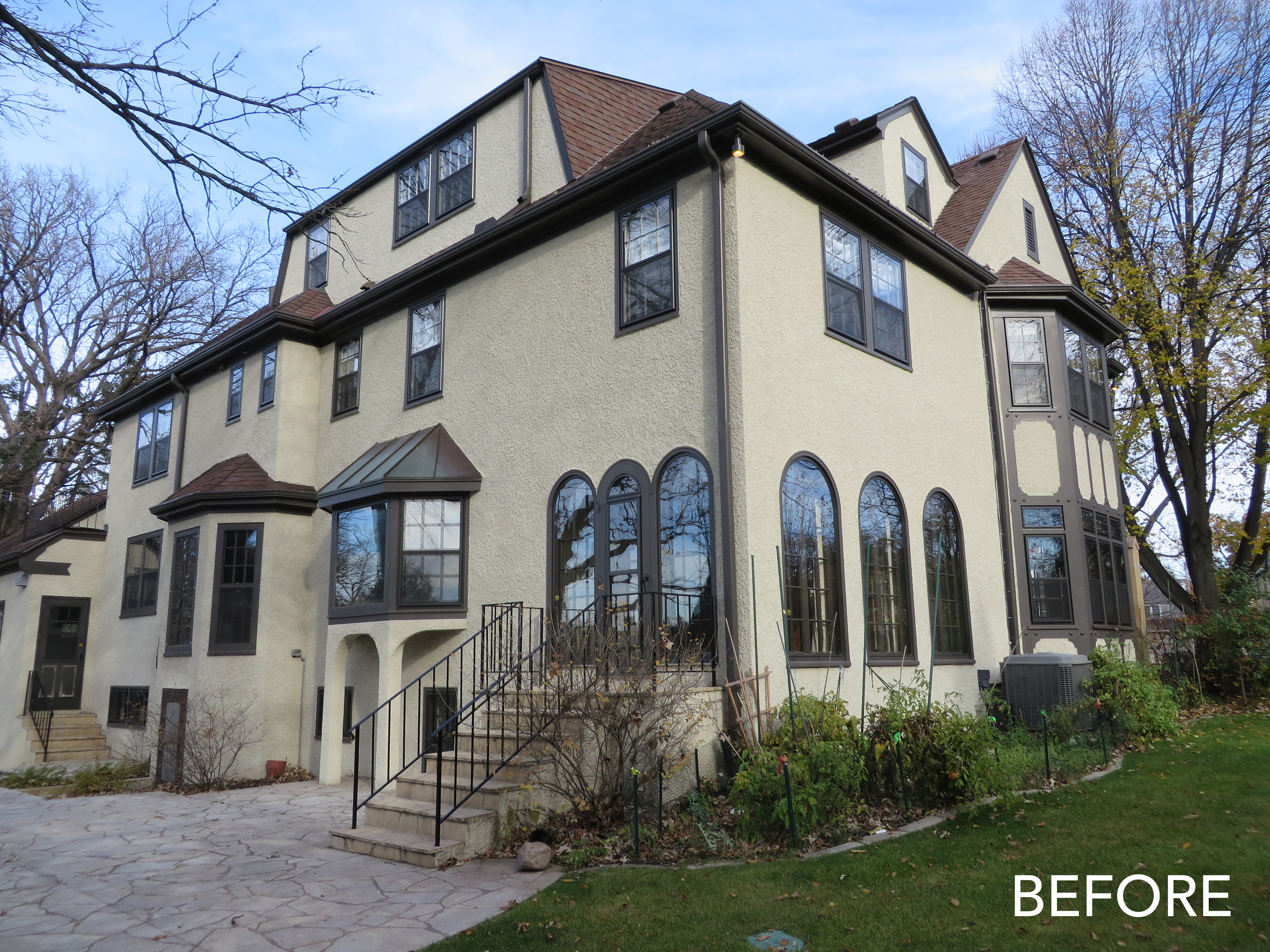 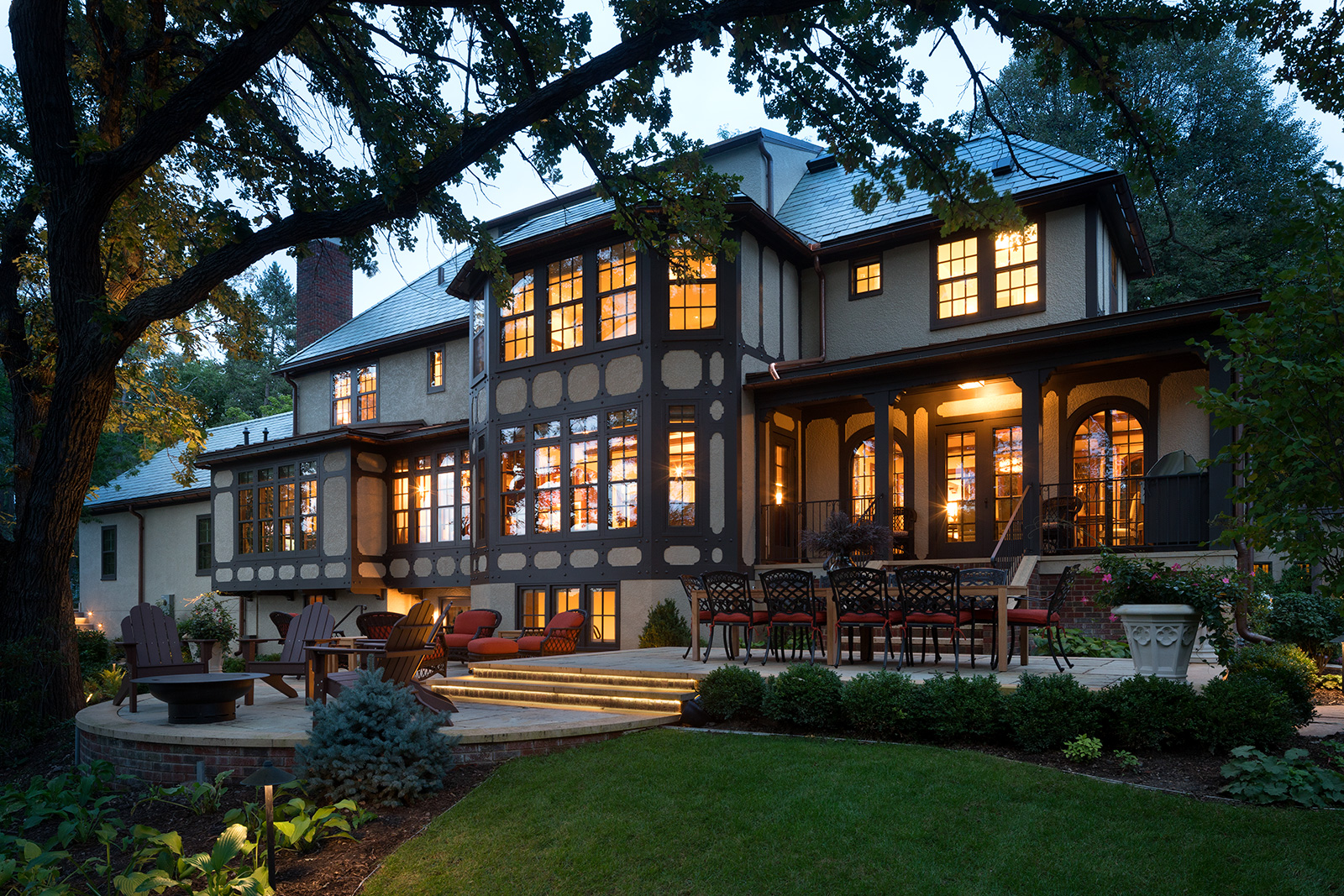