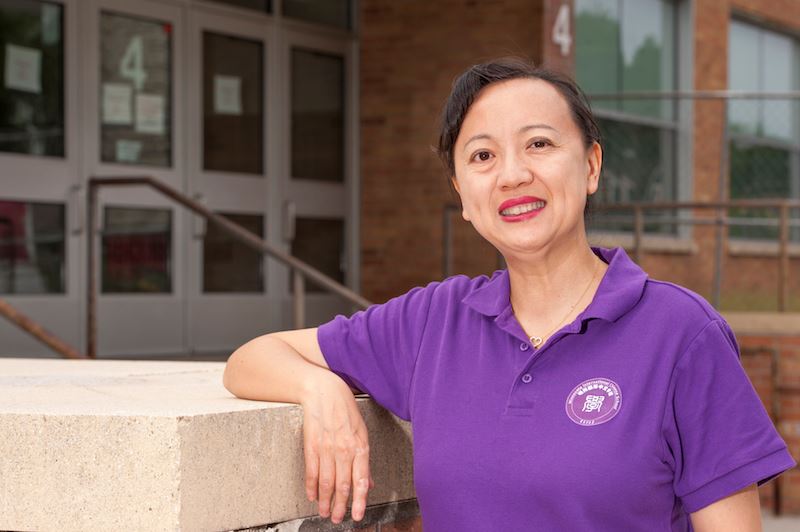 July 2020 – Marked in grand fashion every winter, Chinese New Year is a dazzling kaleidoscope of color, spectacle and cheer. There is simply nothing else like it. Happily, thanks to the spirited efforts of Twin Cities residents like Melody Zhou, you don’t have to travel 7,000 miles to experience these New Year festivities.

Zhou is Principal of the Minnesota International Chinese School (MICS), a language and culture institute which has called Edina home for nearly six years. “Our mission is to equip students … as global citizens in a better, more diverse world,” she explained. “We use the Chinese language and culture as a medium.”

Classes truly run the gamut. Current offerings include Mandarin lessons for learners as young as 4, math courses based on a popular Singaporean learning model, children’s choir and Chinese folk dance.

Attendance at the annual Chinese New Year celebration, of which Zhou is a head organizer, is also on the rise. “From 2015 to 2018, we held it at Valley View Middle School. For 2019 and 2020, we moved to [a bigger] space at Kennedy High School in Bloomington.” More than 3,000 spectators partook in Year of the Rat festivities, held Jan. 19, 2020. “We think our celebration is probably the biggest one in the state.”

In similar fashion, Zhou and dozens of MICS staff and students serve as cultural ambassadors in Edina’s popular Fourth of July parades. Highlights include dance troupes (trained in the classic dragon and lion styles) and families modeling traditional qipao formalwear.

Zhou and her colleagues also ably oversee a variety of less festive, but equally enriching programs spread throughout the year. In partnership with the Edina Chinese Association, for instance, the school hosts periodic school board candidate forums. MICS also participates in the Edina Day of Service.

Of course, all that is in a “normal” year.

In spring 2020, as COVID-19 cases crested in China and spread to the United States, Minnesota’s Chinese American community took immediate action. Zhou volunteered her time and talents as a leader within a local coalition to procure oxygen generators, infrared thermometers, and much needed PPE for hospitals in Hubei Province.

“Melody is a very energetic, devoted leader. She’s basically been our foundation,” said Justin Lipsky, one of her colleagues on that working group. Lipsky first met the MICS principal at an event hosted by the not-for-profit U.S.-China People’s Friendship Association. Zhou recruited him for what they termed the “In the Name of Love” fundraiser. In less than a month, the team raised more than $35,000 – enough to purchase 67 oxygen machines, alongside significant quantities of other supplies.

Zhou credits much of this success to buy-in from restaurants across the Twin Cities. Over this phase of the fundraiser, called Restaurants in Action, 23 businesses donated portions of their proceeds (each on a select day) to In the Name of Love. Most specialized in Chinese cuisine; but other eateries, including a Japanese bistro in Edina and a Cajun restaurant in Minneapolis, also got in on the action.

“Melody is good at coming up with ideas and keeping things going,” said Lipsky. “As you’re finishing one phase, she’ll already have 10 more ideas on ways to move forward.”

Indeed, once China’s coronavirus infection rate began to plateau, Zhou and the In the Name of Love working group pivoted to support for Minnesota’s front-line heroes. Specifically, the partners solicited aid to acquire masks, gloves and hand sanitizers for police departments, fire stations, and other in-need organizations.

Assistance came from all across Minnesota, Zhou said. As one example, the Chinese American owner of the Izatys Resort on Lake Mille Lacs contributed 3,000 masks.

In all, 16 municipal departments benefited from these efforts – the Edina Fire Department and Edina Police Department among them. Zhou felt particularly good about helping the community that had proven such a good home to the Minnesota International Chinese School.

“From booking classrooms to finding storage, everyone we’ve worked with has opened their hearts to help,” she said. “Our biggest wish is to pay that help forward to others in need.”