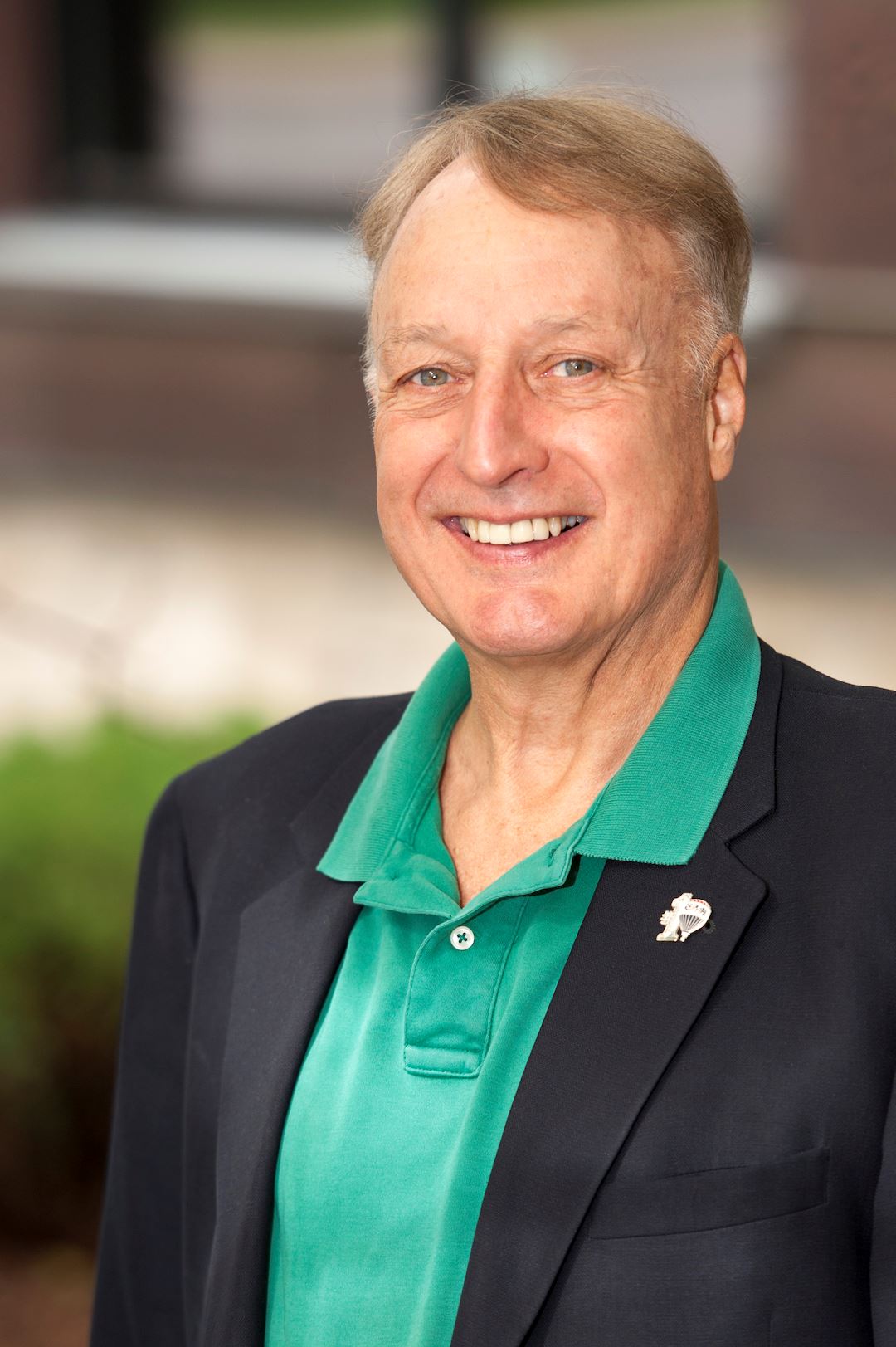 July 2020 – Edina boasts its very own Athletic Hall of Fame. That fact alone speaks volumes about the community’s rich and proud youth sports tradition. Even within those distinguished ranks, however, Skip Thomas stands out. Perhaps no other Hornet can claim as diverse or as long lasting a relationship with Edina sports as this Hometown Hero.

In point of fact, Skip can hardly remember a time he wasn’t involved in organized sports. His father was a driving force behind both the Edina Hockey Association and Edina Football Association in the 1950s and 60s.

“In those days, players – and especially younger kids – didn’t travel for sports. You played with friends and kids from your neighborhood, and it was all outdoors,” Skip said. “It was valuable to me, though. I think back on it a lot.”

Local trivia aficionados perhaps recall Skip as a key member of the 1968-69 hockey team that brought home Edina High School’s very first state-level title in that quintessentially Minnesotan sport. In this memorable championship, the Hornets tussled to a three-period draw with hockey powerhouse Warroad. Skip then scored the game-winning goal three minutes into overtime – solidifying Edina’s reputation as a club to watch.

Skip was a triple threat, however. In addition to hockey, he played football and baseball. “I was actually part of Edina’s first state championship baseball team in 1968,” Skip shared – another bit of Edina trivia with which he is indelibly linked.

After graduating from the University of Minnesota (where, no surprise, he played varsity hockey for the Golden Gophers), Skip returned to his hometown and set down professional roots as a real estate agent.

Ever since, he’s made it a personal mission to give back to the community that afforded him so many enrichment opportunities – academically, socially, and yes, athletically. “Giving back seems only right, and … is a reward [unto itself], as well.”

Unsurprisingly, sports called to him first and loudest. “I coached Bantam A level hockey for a couple of years. After a point, my dad started asking: ‘Hey, when are you going to join my company?’” he laughed. Skip would return to this passion, however. He currently has an impressive 25 years of coaching – albeit nonconsecutively – under his belt.

And that’s just for starters. Much like his high school sports career, Skip’s volunteer commitments and other community contributions truly run the gamut. He’s served as a deacon for Christ Presbyterian Church, on the Board of the Edina Historical Society, and as a deliverer for Meals on Wheels.

“I’ve been taking shifts for Meals on Wheels for about 30 years,” Skip recalled. “Edina is getting younger all the time, but it’s still a fairly elderly community. … Meals on Wheels lets you meet these neighbors, and provides them social interactions as [well as] hot food.”

Skip is quite popular with the clientele. “My first week on the job, I was too chatty and helpful while making drop offs,” he recalled. “My supervisor actually received complaints from those still waiting on their food, so I got a talking to about that!”

“Now, I give folks my card and can come back after my route, if needed,” he added.

Skip’s long tenures with two of the City’s most critical civic organizations – the Rotary Club of Edina and Edina Chamber of Commerce – are equally impressive.

“Rotary is all about ‘Service Above Self,’ and they really do give back to the community in big ways,” Skip said. “After being involved with the Noon club for so long, I’m really beginning to think that Rotary should run the world!” His passion for Rotary shows in his attendance record. Skip is currently in his 26th uninterrupted year of perfect attendance – a rare feat.

According to Skip, Edina is lucky; our community’s interests are looked after not just by Rotary, but by a number of other high-functioning booster groups, as well. High on that list is the Chamber of Commerce. Skip has been an active member for 30 years, and a member of the organization’s Board of Directors for seven of them.

On behalf of the Chamber, Skip deploys many of the same interpersonal skills that have propelled him to success in the real estate trade. “I’m a big advocate for networking; it’s all about knowing people. ... I am, as they call it, an ambassador for the Chamber. I visit new area businesses and explain the value of Chamber membership. We really [are] stronger together.”

Among other laurels that Skip has received over the years, the Chamber named him Edina Business Person of the Year in 2008.

He is equally proud of a second Chamber honor he received the very next year. “I helped get started, and then championed, a Chamber group called W.I.S.E. – Women Inspiring Success in Edina,” he shared. In a nod to that cheerful, unflagging support, the membership named Skip as their W.I.S.E. Person of the Year for 2009 … yet another rare honor, at least for a man.

(Here’s one last factoid on this multi-talented Hometown Hero and 2020 Mayor’s Senior Commendation winner. Remember that game-winning shot he scored against Warroad in the 1969 championship? In 2003, the Minnesota Historical Society Press published a book chronicling 75 Memorable Moments in Minnesota Sports. Edina’s first hockey championship – and Skip’s overtime goal, in particular – was one of the few high school moments to make the cut!)