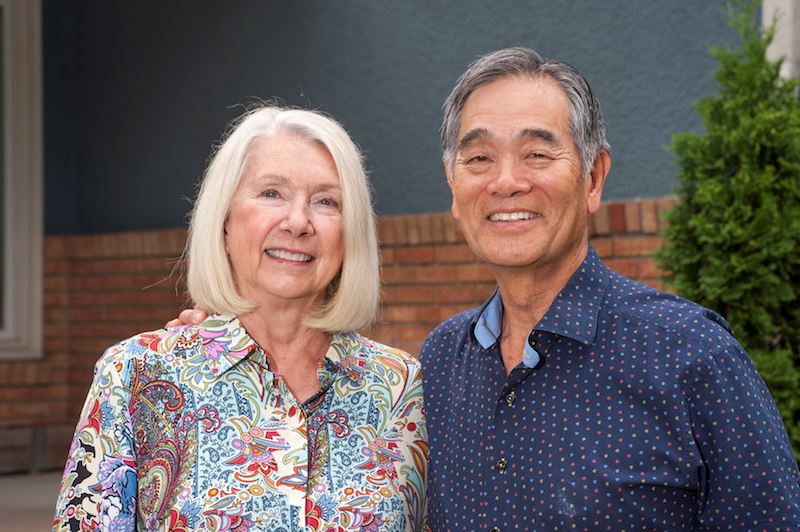 July 2020 – Sarah and Steve Kumagai are proud parents to two children – or six, depending on how you do the counting. For nearly 30 years, the Edina couple have been a host family and Board Members for Edina A Better Chance (ABC).

ABC is an immersive scholastic program for students of color from under-resourced backgrounds, Sarah explained. “Our kids come from across the country, usually from schools that are failing. Counselors have identified them as bright, with high academic and leadership potential.”

A Better Chance started modestly enough back in 1963, with 55 inner-city youth transferred to a small handful of the country’s best-ranked high schools. Thanks to the passion and commitment of volunteers like the Kumagais, those numbers have soared past 2,000 enrollees and 250 secondary schools over recent academic years.

By and large, Edina’s graduates share the sentiment. “Some of the students we’ve hosted get their first look at Edina High School and say, ‘Wow, that looks like a TV school! It’s so clean. Students all pay attention. You can engage in classes without [fear of ridicule],’” Sarah said.

The Kumagais’ relationship with ABC dates to 1993, when their daughter Jenna (an EHS sophomore at the time) offered her services as an after-school math tutor. After glimpsing the program’s life-changing potential, the couple readily accepted the director’s invitation to get involved more directly.

“Before we knew it, we were on the Board of Directors,” Sarah recalled. “In fact, both of us have also chaired the Board at different times.”

In addition, Sarah is a stable presence on Edina ABC’s so-called Student Committee. In a nutshell, this team serves as surrogate parents – offering students advice and encouragement, tracking grades, and refereeing if problems arise.

Over the years, the couple has also stepped forward as a host family for four enrollees. “Students live in a home owned by Edina ABC, under the supervision of a director,” Sarah shared. “However, on Sundays they spend time with a local family. It’s usually a four-year relationship, because they’re in Edina for their whole high school career.”

Hailing from New York, Pennsylvania and Ohio – and most now long since graduated – each of these young people has grafted into the Kumagai family through relationships that started through Edina High School but seem poised to last a lifetime.

As it stands today, EHS is home to Minnesota’s only ABC chapter. It is also one of the Midwest’s oldest, and one of the national network’s most distinguished. For one thing, Edina ABC was the very first to celebrate 100 graduates. It also boasts an exceptionally high scholarship recipient ratio, Steve noted.

As a professional financial advisor and charter member of Edina ABC’s Scholarship Committee, which was established in 2000, Steve appreciates that financial preparedness is a key aspect of college readiness.

“Our scholarships program makes us fairly unique among ABC chapters in the U.S.,” he said. “The goal is to provide each of our graduates a means to pay for state university in their home state, or some equivalent.” (Helpfully, the University of Minnesota system considers Edina ABC graduates eligible for Minnesota resident tuition rates.)

“One of our qualifications is, if you’re to be eligible for these funds, you also have to apply for at least three other scholarships,” Steve continued. ABC students almost invariably have strong scholastic and extracurricular track records. Unsurprisingly, then, this “application requirement” often allows students to provision for college without even tapping the committee’s funds directly.

Moreover, many Edina ABC graduates earn full-ride or steeply subsidized tuition at well-reputed colleges – from Stanford University in California to Brown University in Rhode Island, and many points in between.

As one means of defraying operating costs, Edina ABC hosts an annual fundraiser at Interlachen Country Club. For many years, the program tapped a Twin Cities celebrity to serve as event keynote and emcee. Sarah and Steve note that, in more recent years, Edina ABC has pivoted away from that model. Now, the gala invites program alumni to speak; it doubles as a platform to spotlight their diverse professional achievements.

The Kumagais wouldn’t have it any other way. “For us, they are the celebrities,” Sarah said.

For their work, the Kumagais were recently presented with the 2020 Mayor’s Individual Service Commendation.