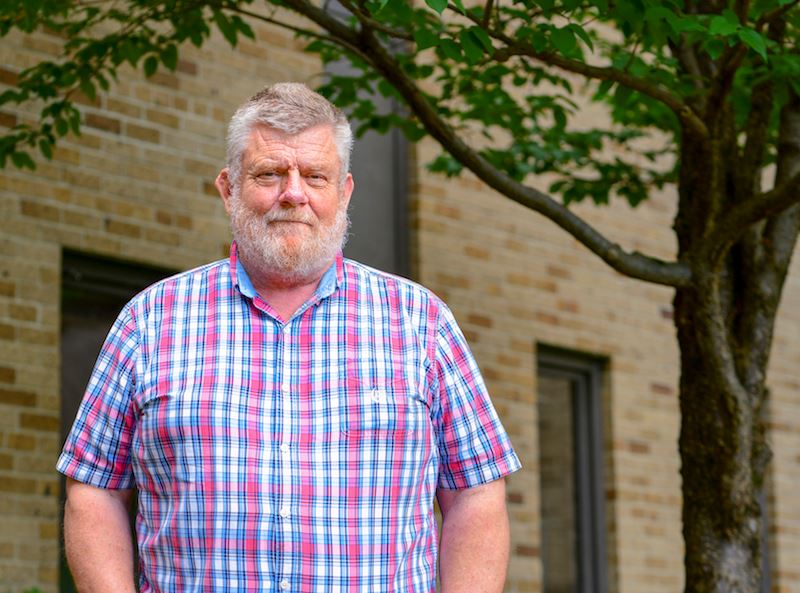 August 2020 – As a veteran remodeling contractor and small business owner, Grant Johnson is perfectly at home with long workdays. Voters in Edina Precincts 5 and 6 get a glimpse of Johnson’s hardy work ethic every Election Day, albeit in an entirely different context.

Johnson is one of fewer than 50 community members serving as head Election Judges overseeing the City’s polling places and ensuring the integrity and ease of the voting process.

“I’ve always appreciated people who have some flexibility in their schedules and use it to ‘step up’ for their community,” Johnson explained. “I’m self-employed, and currently working in commercial building maintenance – a one-man show on his way to retirement. In other words, I can be flexible these days; so, I should be the one to step up and show up!”

“Head judge is a crucial role,” he added.

As evidence to that end, Johnson points to the significant work that goes into assignments before head Election Judges even lift a finger to help. “At each polling place, the City Clerk’s office needs to ensure a balance. You want your election judges affiliated with different political parties, and at least one who is very comfortable with the pollbook technology.”

Compounding the challenge, not every would-be judge is open to the expanded duties that come with the “head” credential.

“You have to be at your precinct before the full team to set up and test things out,” Johnson explained. This includes signage, ballot tabulators, electronic pollbooks and federally mandated assistive voting equipment. Head judges also traditionally administer the election judge oath to their precinct team as each member reports in for duty.

Once the polls open, the head judges offer on-the-ground troubleshooting and liaise with City Hall in cases where issues (particularly I.T. ones) require outside assistance.

“It’s not as hot a hot seat as some people might think,” Johnson demurred. “Now that our pollbooks are iPad-based, the City and Hennepin County can keep close tabs on device connectivity. If a piece of equipment stops communicating, they know it [right away and] can send someone over … sometimes before we poll workers are even aware of an issue.”

Courtesy of an additional training session specific to head judges, Johnson and his cohorts are also versed in – and know how to enforce – strict rules around media visits and “passive electioneering” (i.e., wearing candidate buttons or displaying campaign signs within the vicinity of a neutral polling place).

Last but not least, head judges are responsible for staggering team breaks and rotating fellow judges through distinct stations.

Once the polls close at 8 p.m., most judges can breathe a sigh of relief. However, each precinct’s head judges have at least an hour or two of work ahead of them.

First, they must reconcile the sum total of signatures provided by the day’s voters with the ballots distributed – taking into account spoiled and unwrapped-but-unused ballots. Discrepancies, if any exist, need to be explored and explained immediately.

Head judges also finalize an incident log, which documents issues (both large and small) encountered by the precinct team that day. When all is in order, they then need to drive to City Hall, wait in line with other precincts’ representatives, and report in to the City Clerk.

“Election Day is a huge time commitment, there’s no question about it,” Johnson said. “It goes by fast, though … and is very rewarding.”

“If you have questions about how elections are handled, or whether they’re done well, I’m confident that working at a polling place in Edina will absolutely allay those concerns for you!”