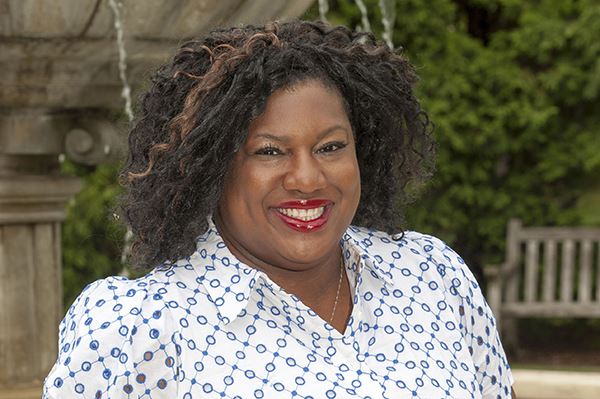 May 2021 – When lifestyle entrepreneur and corporate strategist Jasmine Brett Stringer moved to Edina in 2018, she chose the city for purely pragmatic reasons.

“I married a working farmer – a man who is, well, not a fan of downtown condo living.” He still owns and operates a farm in Blue Earth, just a few miles from the Iowa border. The couple landed on Edina for its easy access to U.S. Highway 169 and proximity to the WCCO television studios in Minneapolis, where Stringer is a regular contributor.

She quickly grew to love much about her new home, calling out amenities like Arneson Acres and Bredesen parks as particular gems. “I’m also a big fan of the Fourth of July Parade here. It’s so well done and gives me warm fuzzies every time.”

At the same time, as a Black woman, Stringer is acutely aware of the work her new home still has ahead of it before Edina can claim to be a truly welcoming, equitable community for all people of color.

Granted, the City is not alone in this respect. As a consultant and speaker, Stringer sees disparities everywhere and in many guises.

“I strongly believe in the power and connection potential of stories,” she said – and is not afraid to share her own to illustrate this point. As one example, she is accustomed to seeing a barrage of interview and speaking invitations every February for Black History Month and in March for International Women's Day. However, that interest in a Black woman’s perspective then tends to drop off.

Stringer wanted to find some way to bring awareness to that disconnect, and to amplify the voices of BIPOC women all year round. She found the perfect channel in #SHARETHEMICNOW, a national campaign in which celebrities and influencers loan their social media accounts (and sizable audiences) to BIPOC activists and businesswomen for a day.

“I figured this could adapt well in Minnesota,” Stringer said. She personally enlisted a roster of allies willing to cede control of their social media accounts in this way. These included Lt. Gov. Peggy Flanagan, the mayor of Rochester and a host of Twin Cities media personalities.

In all, there have already been more than 150 social media “takeovers” since June 2020. While the change in programming comes as a surprise to those who encounter it in the wild on Instagram or Twitter, most appreciate the cross-pollination of voices and ideas.

“Our first year with #SHARETHEMICMN was all about awareness. Now, my goal is to use it to help people move from awareness to action.”

In May 2021, for instance, Stringer launched #MyMNOutdoorAdventure. A partnership with the Minnesota Department of Natural Resources, the campaign is intended to feature the stories of BIPOC residents as they engage with and enjoy the state’s abundant natural resources.

For fiscal assistance with her growing enterprise, Stringer turned to the Edina Community Foundation (ECF). #SHARETHEMICMN is now one of more than 65 so-called Community Impact Funds supported by ECF in this way. 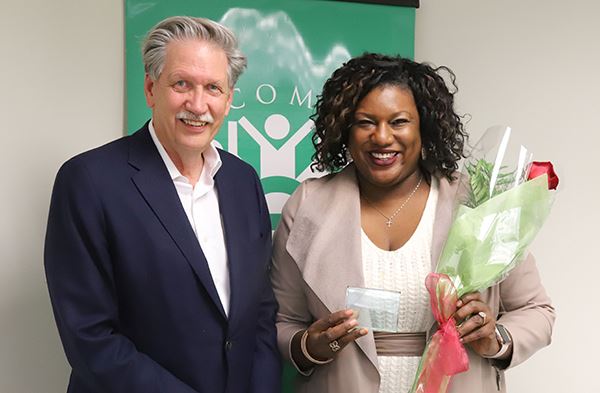 “I wasn’t aware of the Foundation until I was out looking for a fiscal partner,” Stringer said. She took to the organization immediately, though; partly because ECF finances the Fourth of July festivities she loves so much, but mostly because of its broader mission potential.

High among the Foundation’s priorities, “they are looking to do meaningful work around diversity, equity, inclusion and justice.” Stringer offered to take a leadership role in that goal area, and officially joined the Board of Directors in September 2020.

“Over my tenure, the Commission has made recommendations related to the renaming of what’s now Yancey Park [after a prominent, Black pioneer family], organized an annual Days of Remembrance forum, and given out the Tom Oye Human Rights Award.”

Stringer believes that, where it truly counts, these volunteer commitments are much like her professional endeavors. “In my lifestyle work, I’m out to help people live more authentic, connected and mindful lives.”

It seems that that mission holds true at the community level, as well.