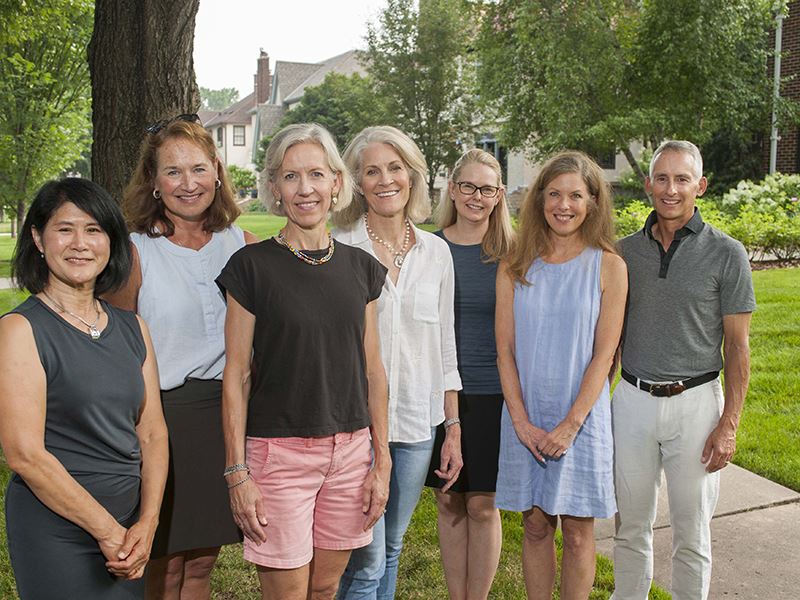 August 2021 – Minnesota touts one of the highest homeownership rates in the nation. However, this surface statistic hides a stark disparity. Families of color across our state, and particularly in the Twin Cities, are far less likely than their white counterparts to own their own home. This is not a new development, nor did it come about by chance.

Over the past year, Country Club Neighborhood residents Jeff Hall, Jane Lonnquist and Miriam “Mimi” Stake have gained a renewed understanding about how overtly racist practices – generations of them – shaped Edina’s most iconic residential area.

“In the wake of George Floyd’s murder, many people became more aware of the devastating racial inequities that are holding back our communities and our country,” Hall explained. “Racial covenants are a part of this tragic history, [particularly] in Edina.”

As the name suggests, racial covenants stipulate who can and cannot purchase or live in a residence. Between 1910 and 1960, developers and sellers added these legal clauses to more than 30,000 property deeds across Hennepin County. Edina alone has an ignominious claim to 2,800, with a disproportionate percentage of these concentrated in the Country Club Neighborhood.

Homeowners like Hall, Lonnquist and Stake can pinpoint impacted properties through Mapping Prejudice. Coordinated by the University of Minnesota, this database project systematically charts the decades of structural barriers that have unfairly shaped our neighborhoods.

“We saw that our properties were on this map, indicating that our own homes had the racial covenant,” Hall explained. “In fact, our entire neighborhood has racial covenants: ‘no lot shall ever be sold, conveyed, leased or rented to any person other than of the white or Caucasian race.’ This was a shocking discovery!”

Mechanisms exist to formally repudiate these legacy provisions. However, the process can feel labyrinthine to the average homeowner.

Fortunately, as Hall discovered, a grassroot coalition of attorneys and other trained volunteers now exists to help Minnesotans discharge racial covenants. The aptly named Just Deeds Project got off the ground just last year, but already boasts an impressive network of partners – the City of Edina among them, as of May 2021.

Hall shared word with his neighbors Lonnquist and Stake, and the trio organized “block captains” to educate and recruit other Country Club families.

This was no easy, one-day undertaking. "There are 555 homes in Country Club, and 507 homes had been built by 1944 – when deed restrictions were no longer required on lot sales here,” Lonnquist noted.

The U.S. Supreme Court ruled racial covenants unenforceable in 1948, and the State of Minnesota took aggressive steps in the early 1950s to end this unethical practice altogether.

“For some people, it might feel like a purely symbolic step at this point,” Lonnquist explained. “But discussing it also offers a concrete starting point for discussing past racism in housing policies, as well as current efforts to increase housing access and economic stability for those who have been impacted by past exclusions.”

In keeping with that goal, volunteers emphasize an important distinction: the Just Deed Project works with homeowners to discharge (formally reject), not to expunge, this odious language from their deeds. As Hall puts it, wiping racial covenants from the historical record downplays the impact they continue to have on families of color.

Hall, Lonnquist and Stake meet regularly to assess progress and plot next steps. At present, the trio is faced with a good problem, so far as they go. Explained Lonnquist: “Edina Title Realty, which graciously provides pro bono services for Just Deeds in our area, is already backed up due to strong demand.”

For more information on the Just Deeds project, visit EdinaMN.gov/RenouncingCovenants. If you are interested in free assistance to find and renounce a restrictive covenant from your property, fill out the “Renouncing Discriminatory Covenants Assistance” form on the page. A volunteer expert will contact you directly about your property.