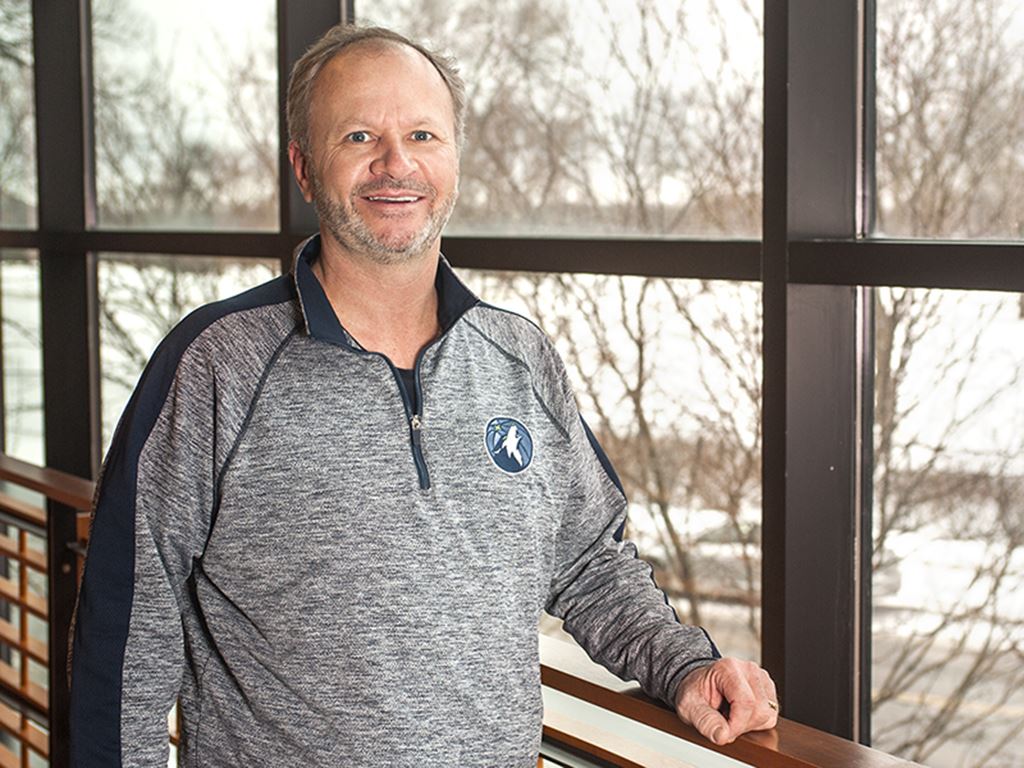 February 2022 — Concord Neighborhood resident Lee Bottem knows Highway 64 in New Richmond, Wisconsin, like the back of his hand. His family owns a cabin on nearby Turtle Lake, which brings him through the vicinity regularly. However, the 90-minute drive home to Edina was anything but routine on the night of Nov. 10, 2021.

“I saw this glow from a distance, and at first thought it was someone’s impressive Christmas lights display,” Bottem explained. As he drove closer, though, the truth became clear: Flames were creeping across a ranch house situated just feet from the highway.

“I didn’t see any lights on, but couldn’t be sure no one was in the home,” he recalled.

Bottem wasted no time. “I pulled into the driveway, called 911 right away, and ran to the front door.” While he reached emergency services immediately, doorbell rings and loud pounding brought no response. Fearing the homeowners could be sleeping or unconscious – and knowing that New Richmond Fire & Rescue would take precious minutes to arrive – Bottem decided to circle the house and check all windows.

“In one room, I saw what looked to be a small nightlight turned on. Someone was in there.” Worried the startled occupant would misunderstand his intent and think him an intruder, Bottem shone a flashlight on his face before urging them to flee.

The sole resident, 77-year-old Bernice Goodrich, left her bedroom and hurried toward the garage exit – only to find the garage completely engulfed by the fire. “We later found out it had probably been an electrical fire, and [the garage] around where it started … In pictures, it looks like the car in there melted.”

Goodrich then met Bottem at the front door, but (on account of smoke, nerves or some obstruction) could not seem to force it open.

“I told her, ‘I’m going to have to break down that door.’” After four or five kicks, Bottem’s steel-toed boots shattered the glass, allowing the good Samaritan to enter Goodrich’s living room. Seeing that she was in pajamas and shoeless, Bottem carried her over the broken shards to the safety of his parked car. The pair waited there until help arrived.

Before long, about 20 firefighters from New Richmond Fire & Rescue and the nearby Deer Park Fire Department were on site and battling the blaze.

Goodrich’s son, who lived not far down the road, also arrived within minutes. “I remember him shouting: ‘My mom is in there!’” Naturally, once they heard the whole story, Goodrich’s family was as grateful as they were relieved.

While the flames subsided by 3:30 the next morning, interest in Bottem’s heroics did not. KSTP 5 Eyewitness News ran a feature on the rescue, and the episode garnered a lengthy write-up in the Hudson Star-Observer. Before long, even the New York-based National Enquirer had picked up the story.

Bottem hopes that everyone who hears, and particularly families with young children, identifies and practices a fire preparedness plan.

“We may hear it all the time from public safety people, but having alternate escape plans – second and third options all laid out – can save lives.” Goodrich’s story is a perfect object lesson; in her case, the garage door was inaccessible and the front door locked.

Bottem called out a second takeaway, as well. “If you’re driving and [see] something like this, call 911 right away. That seemed natural to me, but in talking with people more familiar with this kind of stuff, I learned that many will drive right by. If you see something, say something!”