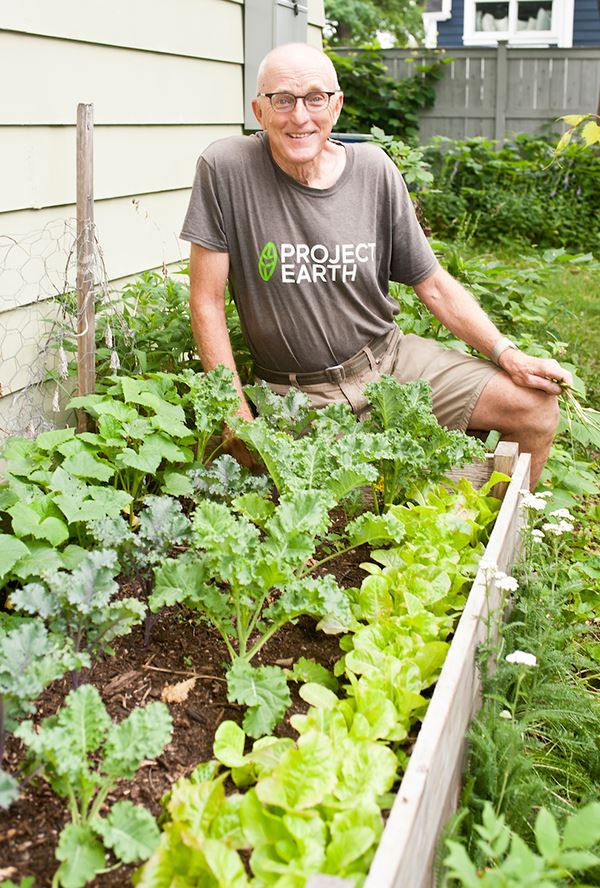 July 2022 -- While stationed in Borneo as a Peace Corps volunteer, Paul Thompson developed a strong affinity for the country and people of Malaysia. That was 50 years ago. In the decades since, Thompson has watched with dismay as Malaysia became one of the places first and hardest hit by global climate change.

However, Thompson no longer needs to look 9,000 miles away to see the impacts of a changing climate. It’s now playing out in his own backyard, as well. As proof positive, he points to the large-scale Morningside Flood Infrastructure Project now underway. This multimillion-dollar investment will fortify that low-lying neighborhood against the wetter springs and more destructive storms that climatologists warn are in Minnesota’s future.

“When people start to see climate change playing out in their own lives – in front of their very eyes – that’s when you have an opportunity to move them from concerned to active,” Thompson said.

Climate advocacy of this sort has been the Edina resident’s calling for most of his adult life.

After that stint with the Peace Corps, Thompson embarked on a 30-year career in teaching – starting in New Richmond, Wisconsin, and concluding in 2008 with his retirement from Minneapolis Public Schools. Among other highlights, he taught elementary schoolers the basics of environmental sustainability and coached them to actively pursue the changes they want to see in their world.

“It gives me joy to see kids teach adults,” he explained. For example, “my students might ask their parents over dinner why they aren’t composting at home like they do in school, and that conversation leads [to an] actual change in habits.”

Retirement allowed Thompson to double down on this work of instilling a sense of urgency and agency in young people.

As a means to that end, he co-founded Cool Planet. Structured as a community impact partner of the Edina Community Foundation, this not-for-profit enterprise has a diverse footprint in Edina. Activities range from traditional lobbying efforts to ski events, bicycling marathons, and even Frisbee festivals to raise awareness around global warming and its fallout.

Cool Planet also actively partners with Edina Public Schools, and in particular with Edina High School’s environmental club Project Earth. “Kids can be so busy with classes and sports, but I … urge them to carve time for climate, because this is their future we’re talking about.”

According to Thompson, Project Earth is one of the oldest student groups of its kind in Minnesota. It is also well positioned as a staging ground for these emerging climate advocates. “Our school district is one of the biggest energy consumers in the city, and that means a big carbon footprint.”

With encouragement from Thompson, Project Earth recently pushed for Edina Public Schools to adopt a comprehensive sustainability plan to reduce that footprint.

Other marquee initiatives of Project Earth include an annual Youth Climate Summit. Now in its sixth year, this day-long community expo features climate panels and workshops orchestrated by (and in many cases led by) the students.

While he is quick to credit Project Earth’s accomplishments fully to club members, there is also no mistaking that Paul Thompson is himself one of the Twin Cities’ busiest climate advocates. His affiliations over the years have included the Edina Energy & Environment Commission, Sierra Club, Green America and Returned Peace Corps Volunteers (RPCVs) for Environmental Action.

He also volunteers his time and talents with Braver Angels, which aims to depolarize the national conversation around this universal issue, and with the Citizen Climate Lobby – “which exists to create political will around climate solutions.”

“In my life, I’ve seen hunger and I’ve seen poverty. Climate change touches all of it,” Thompson said. “If we’re to solve any of [it], we have to deal with restoring a healthy planet.”