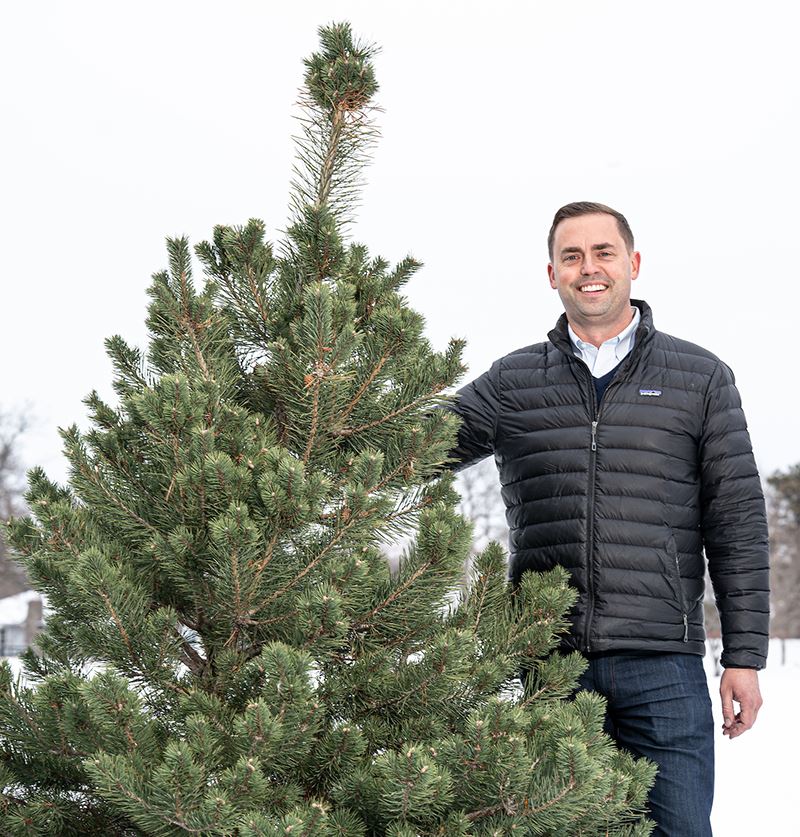 Most people readily appreciate that trees offer shade, produce oxygen and provide shelter for wildlife. But did you know that they also reduce erosion, filter air pollutants and mitigate the effects of climate change? Studies suggest that a healthy tree canopy can even foster wellbeing and instill a strong sense of civic pride.

Edina resident Andy Warczak knows the benefits better than anyone. “I’ve had a lifelong passion for trees,” he explained. “It’s because they do so much for us, but also because …

when you plant a tree, you do so with the knowledge that you’re leaving something behind that others can enjoy for many decades to come.”

Warczak moved to Edina’s Chowen Park Neighborhood from Lakeville in 2015. “We found ourselves on a relatively small lot, meaning there was only so much we could do with trees and landscaping on our own property.”

Fortunately for Warczak and his growing family, one-acre Chowen Park is practically in their backyard. “I take my young son and now my daughter to Chowen Park all the time,” he shared. “It’s nice to have it so close, but I felt it perhaps had not seen the investments that larger Edina parks like Pamela and Arden have seen.”

This presented a unique way to feel ownership in and give back to his adoptive community.

“About a year after we moved to Edina, I started conversations with [City Forester] Luther Overholt about donating and planting trees in City parks,” Warczak recalled. “We started with a few at Chowen Park, where I’ve now donated seven total.” 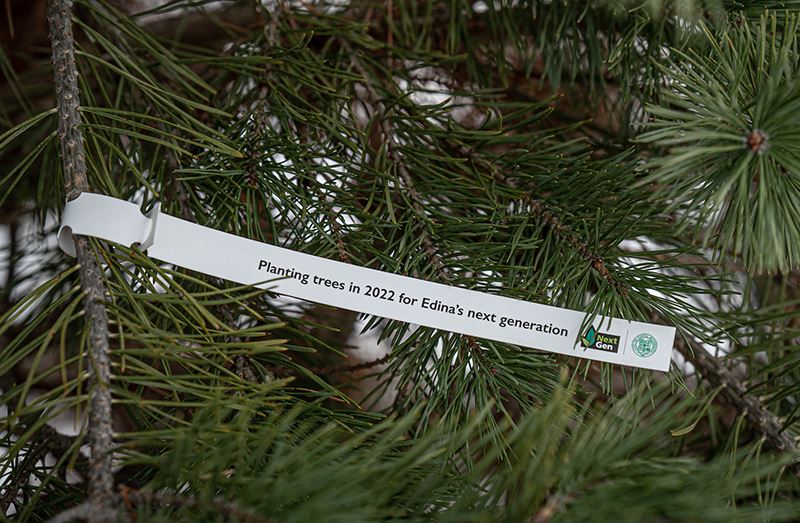 While the first, Chowen is far from the only park to benefit from this largesse. Over the past several years, the Forestry Division has used biannual financial gifts from Warczak to enhance Utley and York, two popular parks along Minnehaha Creek, and other neighborhood parks in need of additional trees.

Strachauer Park is among the most recent beneficiaries. Last spring, a $3,500 donation went toward the purchase of 10 conifer trees for this five-acre park tucked north of the Crosstown.

“Luther and I collaborate on ideas, about what to prioritize next,” Warczak said. “Since I live in east Edina, that’s where I like to focus.”

In addition to placement, careful thought goes into what exactly is planted. Communities benefit most from a diverse canopy. Variety limits the potential impact of species-specific threats like emerald ash borer. Warczak’s donations have gone toward maples, oaks and evergreens like eastern white and ponderosa pines.

“Based on type and size, a single tree can be anywhere from $300 to $750,” Warczak explained. In total, he estimates that he has donated $15,000 toward the acquisition of nearly 40 trees.

In addition to his personal relationship with the City of Edina, this hometown hero is also a proud board member for Green Minneapolis.

“My few dozen [trees] don’t compare with Green Minneapolis. Our mission is to expand the tree canopy in the Twin Cities metro area by 5 million by 2040.” It is an ambitious target, Warczak says – but a necessary one. “There are several urban heat islands in the Twin Cities metro area, and the impact of that is not just environmental. Over time, effects are social and economic too.”

For Warczak, it comes back to his personal legacy and leaving something behind for future generations. “There’s a good chance my children and grandchildren will grow up in Edina. I think it’s important, and incredibly rewarding, to do something today for their tomorrow.”