No vehicle may be parked on an Edina street, highway or alley under the following conditions:

Alleys: Plowed by a separate vehicle, usually along with or after secondary routes.

Timing: Depending on storm severity and length, primary routes may be plowed several times before secondary routes. Crews try to plow secondary routes only once per storm, if reasonable, so homeowners only need to clear the end of their driveway one time. 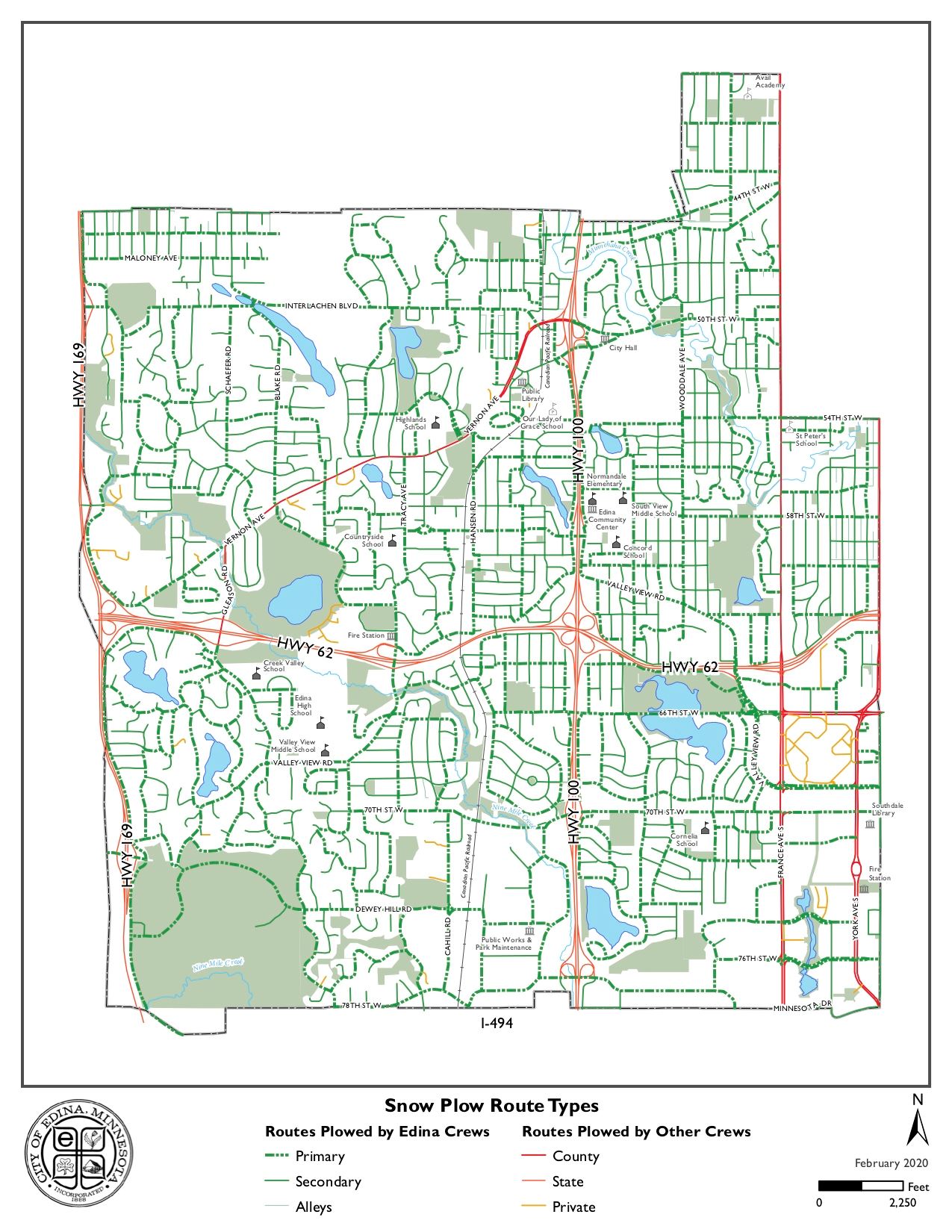 Often, plow drivers literally "feel" their way along streets because of conditions, and, regrettably, lawns are cut up.

If your lawn is damaged by a City of Edina snow plow, please report it via the Edina 311 app, through this online form or by calling Street Maintenance at 952-826-0303.

Damages are repaired each spring with black dirt and seed or sod.