Edina elementary school students submitted more than 80 proposals for new public art as part of an arts curriculum and contest sponsored by the Edina Community Foundation and the City's Arts & Culture Commission. Judges narrowed the field to eight designs that captured the theme "Better Together" and let artists choose which one to create with hands-on help from the student artist. 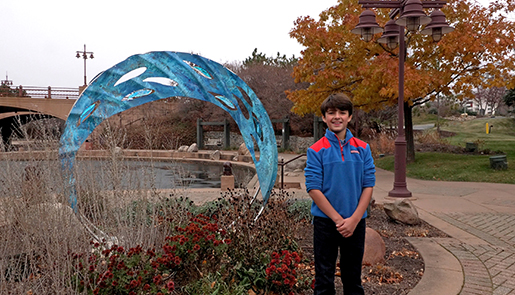 "School of (Fish)" was designed by Concord Elementary student Alex Wyatt and created by Artists Alan and Nicole Milligan of the Milligan Studio. It's located on the south end of Centennial Lakes Park, 7499 France Ave., near the water.

Edina elementary school students submitted more than 130 proposals for new public art as part of an arts curriculum and contest sponsored by the Edina Education Fund and the City's Arts & Culture Commission. Judges narrowed the field to nine designs that captured the theme "I am" and let artists choose which ones to create with hands-on help from the children.

The three selected pieces were built in summer 2018 and installed on the Edina Promenade as part of the City's permanent sculpture collection in October 2018. 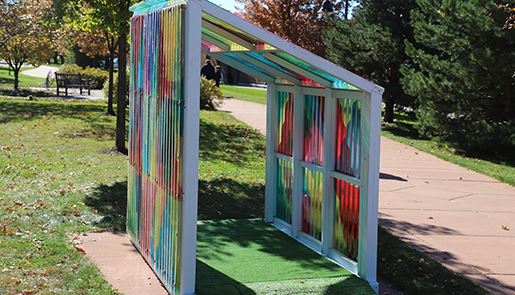 "Walking Through Rainbows" was designed by Normandale Elementary School student Sylvia VanNorman and created by Sylvia and artist Charles Morrill. It's located on the Edina Promenade just south of 70th Street behind Target. 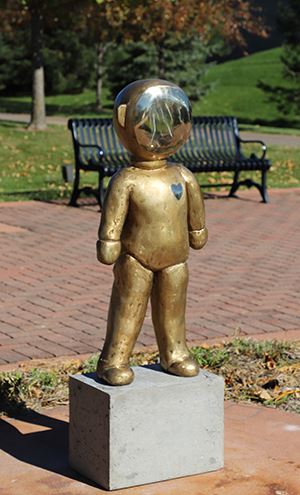 "A Reflection of Me,” designed by Highlands Elementary School student Ayana Griswold and built with Nick Legeros, is a small bronze figure with a reflective face, meant to be a mirror to those who walk up to it. It's located on the Edina Promenade near Hazelton Road. 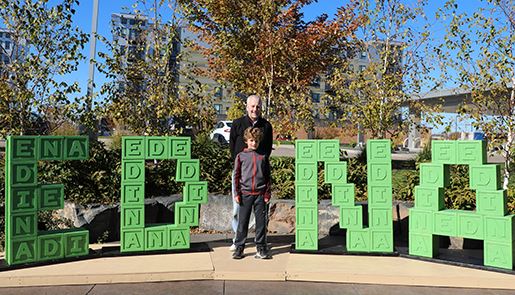 Concord Elementary School student Mac Anderson and artist Charles Morrill, who helped bring Mac's design to life, form the "I" in Mac's "The I in Edina." Footprints on the base indicate to visitors where to stand to become the "I." The letters are located along the Edina Promenade south of Hazelton Road.

Recipients of the People’s Choice Award received $1,500, $1,200 and $750, respectively, and were invited to show their sculptures for an additional year, for which they received honorariums of $500. 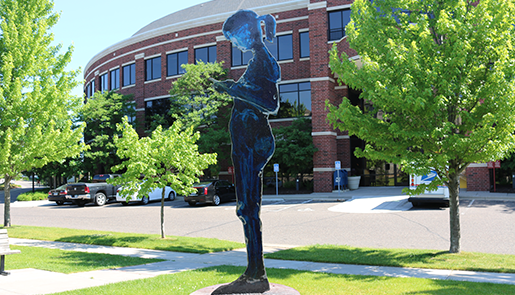 “Lost in Space” by Judd Nelson of Wayzata, Minnesota placed first in the 2017 People's Choice Awards. "Lost in Space" is located at Grandview Square. 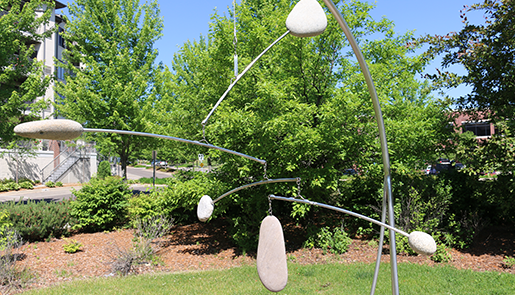 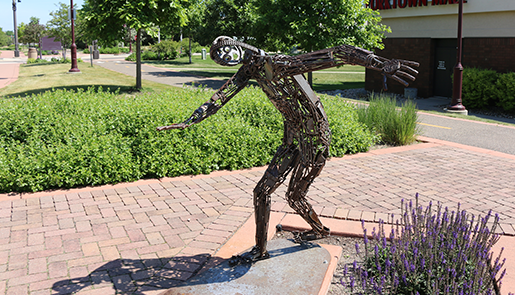 Human Dynamics” by Andrew Arend of Rochester, Minnesota placed third in the 2017 People's Choice Awards. "Human Dynamics" is located on the Edina Promenade.